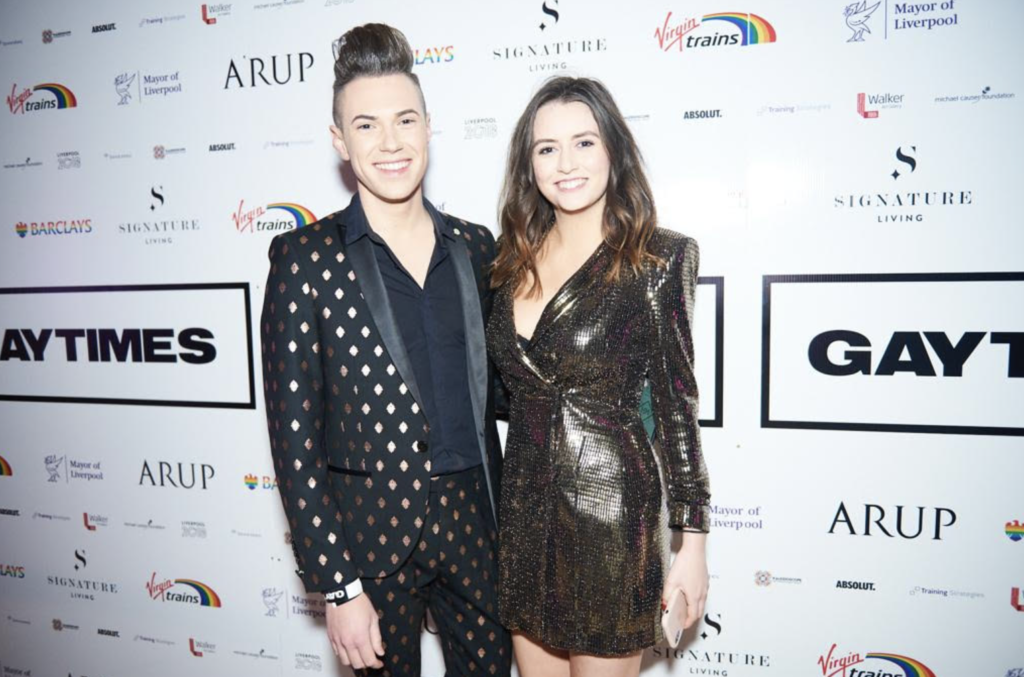 After boarding the Trainbow at London Euston, we made our way up North to Liverpool. The journey was anything but casual, from the RuPaul Anthems to the Champagne, excitement was in the air as everyone geared up for the night of celebrations ahead. Celebrations are in order and the Monumental team are ready to party. Gay Times Honours, Monumental Marketing has arrived.

This year, the Gay Time Honours was held at the Walker Art Gallery in Liverpool. All of the Honourees were rewarded with gorgeous Portraits by Ed Firth which are being kept at the Museum as an exhibition.

Famous faces and high profile figures from the LGBTQ+ community and beyond descended on the city for the ceremony. Mary Mac took the stage as the hostess and later in the evening performed her iconic anthem. To say we were LIVING for it would be an understatement.

As the room filled, it was hard to ignore the array of outfits that were an ode to the community we were celebrating.

As each Honour was presented, the acceptance speeches seemed to carry an overall trend of just that – acceptance. The feeling that carried the crowd could only be described as one of freedom of expression and unconditional love. The awards reached all walks of life, from music and art to activism and government. The individuals and groups who are representing the LGBTQ+ community were only too grateful to have been chosen as honourees.

It was an honour for the Monumental team to be invited to such a glamorous event that has had a profound impact on the lives of the LGBTQ+ community.