HOW TO BUILD BRAND TRUST WITH THE LGBTQ+ COMMUNITY 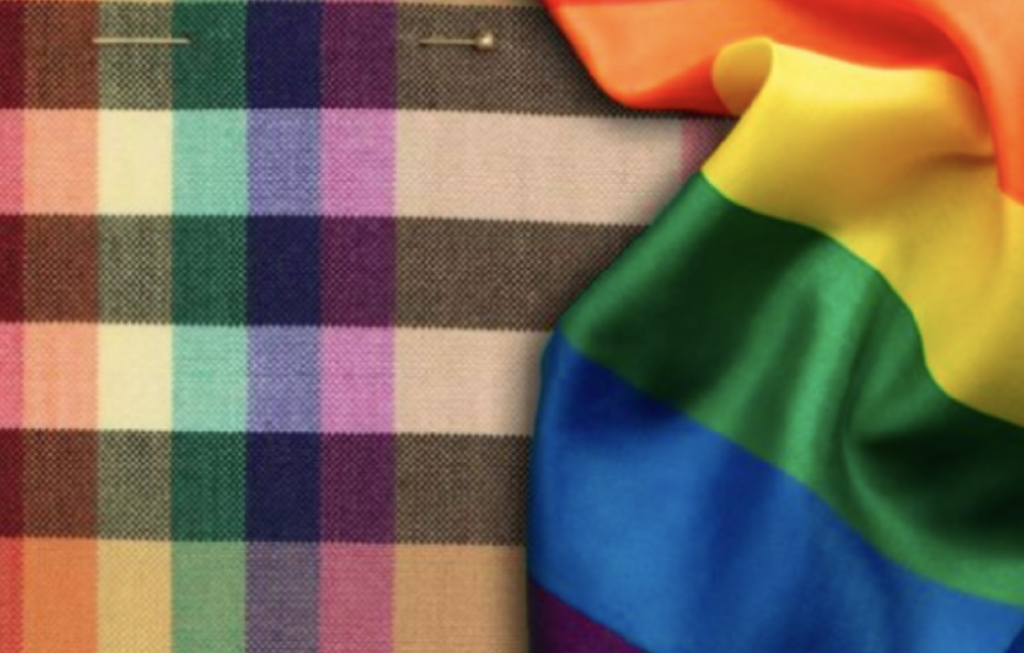 When it comes to marketing, we at Monumental know that being as targeted as possible with your approach is the name of the game. As a digital marketing agency, we know first-hand that ensuring that brands identify a target market will offer high potential for sales growth, interest in the product and loyalty to the brand. Given that it’s Pride month and members of the community are out there are waving their rainbow flags from their places of self-isolation, we thought we’d give you a rundown on how to engage in targeted marketing to the LGBTQ+ community and build brand trust. June is a month to ensure that brands are doing their bit to support LGBTQ people and it’s important to get the messaging correct.

It is estimated that there are 1.1 million people identifying as LGBTQ+ in the UK. This is a considerable size of the market that can be reached through targeted marketing campaigns. The LGBTQ+ community is unique in that it encompasses many segments of society – people from all walks of life have their own time in the closet!

Therefore there are various other subsections within the community, such as age, gender and ethnic/cultural that can be reached through an LGBTQ+ focused channel. When it comes to targeted marketing, it certainly pays to pay attention to LGBTQ+ people..

When tapping into the LGBTQ+ audience sector, it is important to remember that representation is key. In survey carried out by Channel 4, it was found that 60% of British adults surveyed thought that queer people featured in advertisements were portrayed negatively or tokenistically. The same survey found that the wider population hugely overestimates the percentage of adverts that include members of the LGBT+ community (22%) versus the reality (3%).

There is clearly an issue with accurate and positive representation of LGBTQ+ people by brands, so to truly resonate with this sector they must first of all make an effort to portray them in the first place, and also ensure this targeted marketing is done in an effective way.

If a brand is directing a campaign for a product or service at the LGBTQ+ community, there are two main content pillars to consider:

As we all (hopefully) know, queer people are not aliens who eat grass and have six legs. While some drag queens may seem out of this world, we can assure you that they are very much human, girl. Therefore, LGBTQ+ people use the same products and services as wider society does. This means that targeted marketing of something to queer people that is relatively generic in this aspect can be tough.

Tailoring products to appeal to queer people is a useful move to reach them as consumers. Using elements of queer culture in products will be eye-catching to LGBTQ+ and they feel that it speaks to them more.

A great example of this can be seen in Burberry’s A/W 2018 collection.

The rainbow flag was incorporated into items of clothing in an attempt to support the community. Aside from making for beautifully colourful garments, this campaign cemented Burberry as a favoured fashion brand among the community.

Queer people wanted to buy the items because they felt that in wearing the garments they are expressing their own identity. Burberry not only succeeded in aligning themselves with LGBTQ+ people and becoming a queer-trusted brand, they also created a product that directly appealed to these consumers, specifically.

As mentioned earlier, only 3% of adverts contain LGBTQ+ people. How, then, are queer people expected to engage with a campaign if they don’t see themselves driving that car, or wearing that dress?

One study found that an artist’s work became 11% more valuable when their story was featured next to it. Storytelling is the key to successful marketing and for the LGBTQ+ that is made even more potent by the struggle that many members of it go through. Seeing your marginalised self represented by a brand means a lot.

When considering the messaging behind a campaign, using queer people in creatives is effective. If you are running an influencer campaign, for example, then use trans and visibly queer influencers to showcase the product. They will have a dedicated queer following that is a consumer audience waiting to be tapped into. 49% of consumers depend on influencer recommendations, so be sure to tap into the queer influencer market.

A great example of targeted marketing in the influencer category can be seen in eco-friendly cleaning brand Method’s 2019 campaign in which they teamed up with the LGBT Foundation and seven of the hottest drag acts in the UK.

Queens including Cheddar Gorgeous, Freida Slaves, and TeTe Bang exhibited their drag artistry in Method’s adverts all across London. Over the following 12 months, Method helped to ensure a safe, healthy and equal future for the LGBTQ+ community by funding the LGBT Foundation’s entire volunteering programme, which provides support across a number of projects championing the Manchester-based charity’s #EqualityWins activity.

Rather than simply using the queer aesthetic to enhance the campaign superficially, Method gave back to the community financially. This builds brand trust with the community because they went the extra mile to enact real change.

If you want to know more about targeted influencer marketing, then head to the Monumental website.

It’s hardly the gag of the century to acknowledge that the vast majority of marketing campaigns in mainstream media are targeted to non-LGBTQ people. Yet it is important not to forget that queer people are watching the same shows and reading the same magazines as the rest of the country.

When creating a mainstream media campaign that it targeted to an LGBTQ+ audience, be sure to use appropriate messaging and imagery. This could be using diverse models for creatives, such as trans people of colour and people with gender neutral or non-ninary aesthetics. Transgender people are featured in 0.3% of UK advertisements, when they make up 1% of the population. By including such queer people in campaigns you will encourage LGBTQ+ to engage with the brand, as well as help with the communities representation.

A fabulous example of a mainstream brand including LGBTQ+ representation in a campaign was Starbucks’ transgender-focused television ad, which you can watch here.

Featuring a heartfelt and poignant narrative of a young trans boy struggling with being misgendered, the ad was effective in representing trans people as well as targeting the queer community.

This format can be emulated when it comes to mainstream campaigns. By featuring a queer narrative, your brand will come across as authentic in its consideration of the community and will also be praised for bringing such stories to the mainstream. Seeing as the LGBTQ+ is an oppressed minority, favour from mainstream brands who have something to lose will encourage them to engage with said brands who make them feel seen.

For LGTBQ+ people there exists in the UK a specific media network that cater to the community for news that ranges from the best served looks on Drag Race that week to advances in queer politics. This offers a series of channels that can be used to deliver content from your campaigns.

Brands will build up a stronger resonation with the community through featuring their content on these channels as such media outlets hold a position of trust in the community. Advertorials, editorial content and advertisements will reach queer people through this network directly – this will do less for mainstream LGBTQ+ visibility but will still establish the brand within the community.

Diversity specialist networks such as Brand Advance in the UK serve the advertisements that run across publications such as Gay Times and DIVA Magazine. In partnering with an agency such as this to disseminate your campaign ads, a brand can ensure that they are reaching such publications without having to be concerned with broad keyword blocking. If your campaign ads feature LGBTQ-friendly imagery and messaging, your CTR is likely to be high. Of all advertisements run globally in 2016, only 47 of those advertisements featured lesbian, gay, or transgender people. That’s less than 1%, so you can bet that LGBTQ+ people are thirsty for brand representation and will engage with ads that do so.

If you show the LGBTQ+ community loyalty during Pride month, then they’ll return the loyalty back to your brand. How can you do this? Support Pride celebrations by hosting or sponsoring a float in a Pride parade. Changing a brand logo to feature a rainbow graphic for the month will increase trust in the brand from LGBTQ+ people.

It can be said that brands appear to ‘jump on the bandwagon’ during Pride month, as they don’t support the LGBTQ+ community all year round. Hence it is vital to show support in different ways. This could be towards a brand’s LGBTQ+ employees. Subaru was the first car company to extend employee benefits to same-sex partners. This, coupled with their lesbian advertising, has helped them develop a loyal lesbian consumer base.

A further way to gain trust is to ensure that a brand is supporting LGBTQ+ charities. Shockingly, only 64% of brands that ran Pride campaigns in 2019 donated to LGBTQ+ causes. Such missteps reflect badly on brands, as they are seen to take advantage of Pride to their own end rather than actually supporting the community.

As our CEO Jamie Love recently wrote: “Take the Pride opportunity to support charities who are making a difference for the LGBT community. Whether it’s a one-off donation from the company or whether it is a campaign to raise funds where employees can get involved to drive the initiative forward internally it will make a positive difference to the community.” You can read more here.

Trust from the LGBTQ+ community comes from direct involvement and representation. Be sure to show this, or the queers will see right through you!

We hope you enjoyed reading our article. If you’d like to ask us any questions regarding marketing, LGBTQ+ related or otherwise, then please contact us.